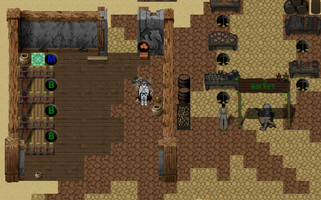 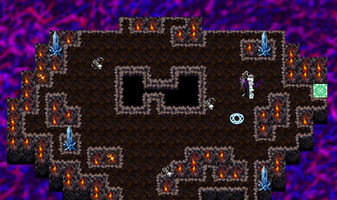 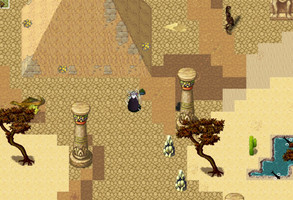 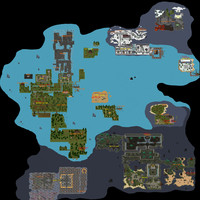 [b]Orake Classic update 2.0.0 will be released this Friday, February 7, 2020![/b] It will feature a new area: the Naitpyge Desert and its new town named Aerapoelc.

You can get there by taking Suribo's other boat from Sandy Port. While you're chatting with him, ask him about the crashed ships all over the Desert, maybe you can help him figure out the cause and bring some relief to voyagers.

The Desert is filled with lots of new endgame content, but also has appeal to mid-level players. There are new resources, Golden tools, monsters, bosses, 20+ maps, Slayer tier and endgame dungeon, two sets of armor, four sets of weapons, and cosmetics!

[u]New Weapon Type: Sabres[/u]
Sabres are faster and more accurate, but weaker variants of swords. They follow the same tier scheme as swords, currently ranging from Bronze to Puka. These are not currently craftable, but sold by Omar in Aerapoelc after helping him to get access to his shop.

[u]Obsidian Equipment[/u]
This gear set will require level 110 of your combat skill (120 for weapons) and 85 Endurance. Using the new resources, you will have to craft an unstable Faded version of the equipment, which will then need to be stabilized with enhanced souls that can be bought, crafted, and dropped by certain monsters.

[u]Elemental Weapons and Spell[/u]
A new set of weapons with unique abilities and a new spell will be added for level 115 combat skills. Each one is dropped by one of the four new Royal Stag bosses with the associated element.

[i]a. Tier 7 Slayer [/i]
You will now be able to accept tier 7 Slayer tasks at Combat Level 70 and level 100 Slayer in the Slayer Chamber. The rewards will be greatly increased compared to T6 at the cost of more difficult new monsters.

[i]b. Relic Gear Set:[/i]
Along with the Slayer expansion, there will be a new base set of gear for Slayers that can be combined in your own way to make stronger gear. The base items are comprised of five base helmets and two base tops and bottoms with different stats, defensive and offensive. Base level requirements are 60 Slayer and level 30 Combat. Combined versions will have greater requirements but greater stats. Combinations can be made on Slayer Altars. Base items can be dropped by Slayer monsters as early as Tier 3, becoming more common up to Tier 7, also in Tier 5+ Slayer crates.

[i]c. The Slayer Realm[/i]
A new Slayer quest line begins in the Desert about the warring Ajnin and Kusari factions. After completion and with level 100 Slayer, you will be able to access the end-game dungeon and defeat its difficult boss from the Elemental Citadel or Desert. This boss will drop an item used to finish upgrading your fully combined Slayer Relic gear. He will also drop new Slayer weapons that have similar requirements to the final Slayer gear, also with extreme power.

[u]New God Boss: Graab[/u]
Graab can be accessed in the southwest corner of Underground Power similarly to other gods. He will also drop the new tier of Slayer weapons, relic gear, and other useful and lucrative items.

[u]New Tools and Resources[/u]
There is a new set of Golden tools with high requirements at level 110 skills (except Woodcutting at level 90). Each skill has received at least one new resource to collect from or recipe to craft. These will be available after the current highest level of skilling content.

As always, thank you for your continued support and please tell us your opinion on this huge expansion, what are you most excited for? The wiki will start being updated before release and we can possibly provide some specific sneak peeks if requested. Feel free to leave suggestions, ask us questions, and give feedback!

Additionally, the sequel being made in Unity is still in production and coming along quite smoothly, stay tuned for more updates on that as it progresses! :slight_smile:

Please join the Discord at https://discord.gg/yzbRwJK where we most promptly and frequently give updates on the game, answer questions, and provide support and players communicate.
Visit the wiki at https://orake.fandom.com/wiki/Orake_Wikia